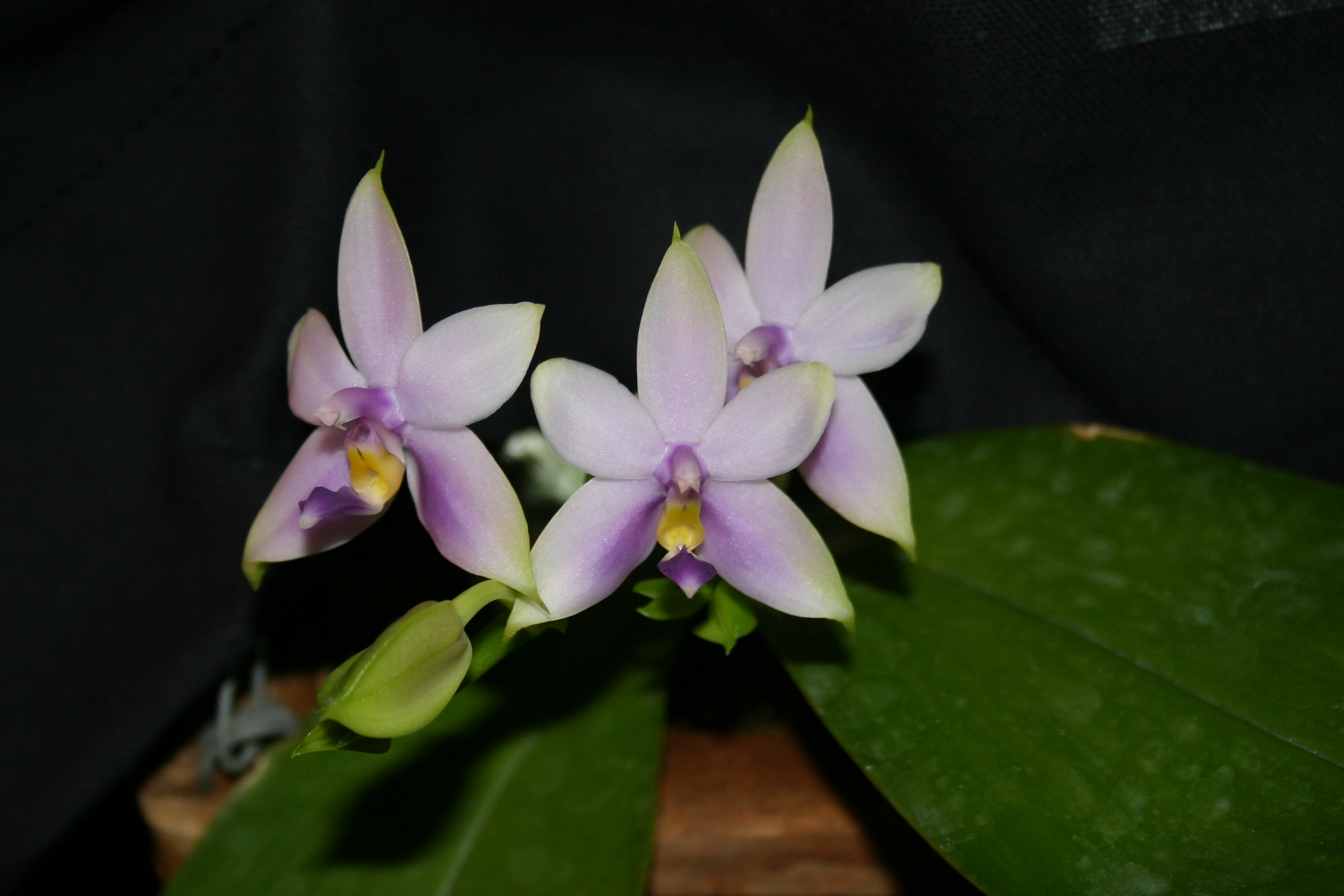 The elusive blue orchid represents the very mystery and exclusivity that the first attracted so many to the world of orchid growing. Now that orchids are cheaply mass produced, it is that unique or rare orchid that challenges and drives serious enthusiasts to expand their collections. Perhaps in the days to come coerulea Phalaenopsis with be the next trend in modern Phalaenopsis hybrids.

For the purposes of starting a baseline, I have only included orchids where photo's are available of the actual coerulea forms. I am only using my own photos, so I have a few blank spots at the moment. If you have a photo of coerulea phal that is not represented here and would like to share, please send it my way.

Coerulea Species
At present there are only 3 species of Phalaenopsis/Doritis that have coerulea forms that are currently contributing to coerulea hybridizing. Several other species appear to have the capability of producing coerulea pigments and it is likely that more coerulea varieties will immerge as more species are line breed and mass produced. A small range of primary and complex coerulea hybrids have risen to the forefront and are commercially available. Over the next few years there will likely be an exponential increase in commercially available coerulea Phalaenopsis. 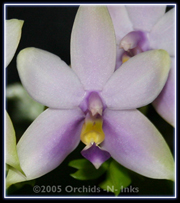 Phalaenopsis violacea var coerulea
Phal. violacea is going to be a very important component of most future blue phal hybrids. It is currently the only species in the genus Phalaenopsis that has a combination of pigments that can specifically express the color blue without a change in flower pH.

Several growers are currently doing line breeding of very select cultivars and will ultimately be responsible for creating superior cultivars that can be used in reproducing current hybrids with higher quality flowers. Third and fourth generation selective line breeding of Phal. violacea is now becoming available. 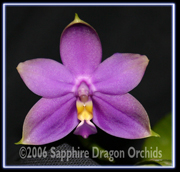 The Norton/Ooi line of coerulea violaceas stand to significantly improve the quality of future coerulea hybrids. This line originated from a group of imported plants with intense magenta pigmentation. Chance line breeding resulted in the coerulea forms and the Norton's then line breed those plants to create this new line. We have heard this line affectionately called the Indigo violacea. We are anxiously awaiting to see the results of future breeding with this line. 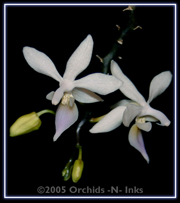 Phalaenopsis equestris var cyanochilus
The variety cyanochilus is relatively new to the coerulea phalaenopsis scene. It is extremely difficult to obtain and is not commercially available. The blue is only expressed in the lip and is very faint. The process behind the coloration is currently unknown. At present there are very few documented hybrids using this variety and it is unknown how well it is going to breed with other coerulea phals.

I've been lucky enough to acquire three different cultivars over the last couple of years and plan to start line breeding after I grow out the first round of crosses. It is my hope that a more intense coloration can be achieved. I plan on making the first generation commercially available by end of 2006. They will likely be similar to the cultivar presented here. 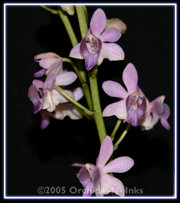 Dorits pulcherrima var coerulea
Dts. pulcherrima is currently equally as important as violacea in blue hybrids. It is readily available and the quality of the available plants seems to be increasing each year. It has been successfully used in more hybrids than violacea and when combined with other phals imparts some hybrid vigor which is going to be important for blue hybrids to become commercially viable. (Most coerulea phals are inherently more difficult to grow.)

Primary Hybrids
A few coerulea primary hybrids are currently available and we believe that over the next few years many more are going to be made available. This is the next logical step in creating a foundation of stable coerulea hybrids. 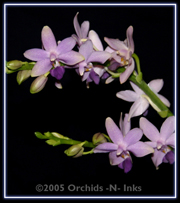 Some of the higher quality Kenneth Schubert generally exhibit a blue color that is more intense than either of the parents. This indicated that combining the genes that produce blue in phals will result in increased blue coloration greater than what could be achieved individually. 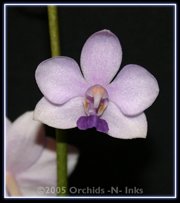 The coerulea form of Siam Treasure is remarkably blue in coloration given the pink tinge of most Phal. lowii. I've seen several remakes of this cross and they are generally a consistent blue/violet color.

The lowii influence gives these orchids a flatter and rounder shape, a trait that may make Siam Treasure very useful in future breeding.

Complex Hybrids
A few complex hybrids have recently appeared through commercial venues. While doing some research on registered hybrids, I have found a few more that are likely coerulea phals. However many of them are not available and no photos are available. At the very least all of these hybrids could be recreated using all coreulea parents. Again for the purposes of discussing current coerulea phals, only photographed complex coerulea hybrids are listed in this article. 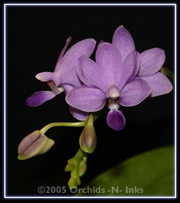 To date this is the most intense coerulea Phalaenopsis crosses available. This grex represents the best that blue phal breeding currently has to offer. I would love to see this cross made with the Norton's violaceas.

This photo is of the cultivar 'KS' and it is currently the most intensely colored clone available. Some of the other cultivars have a more powder blue color with a shape more like violacea. 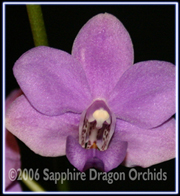 There are two good coerulea cultivars of this cross floating around. It is very unlikely that a coerulea Red Coral was used to make this cross and it suggests that a good coerulea pulcherrima may be very effective at creating coerulea phals by breeding with standard lavender and magenta flowers.

The photo is of the cultivar "Blue Martini".